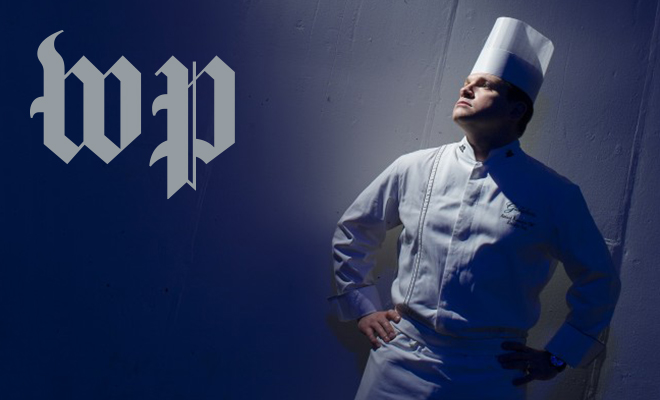 Rosendale stands in the tunnel leading into the bunker at the Greenbrier Resort in White Sulphur Springs, W.Va. Photo: Joseph Victor Stefanchik for The Washington Post

The last time the Greenbrier was on the cover of the Washington Post Magazine was for breaking the news about the Greenbrier having a top secret bunker buried beneath the resort. 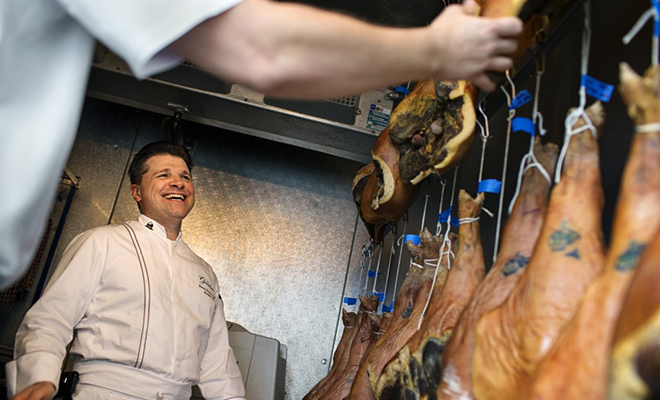 The next time would be in 2012 when the chef Rich Rosendale would make the cover of the Magazine. In preparation for the most prestigious cooking competition in the world, the Bocuse d'Or, Rich built a replica of the Bocuse kitchen in the bunker. He also created a virtual culinary command center behind a 28 ton blast door in a former nuclear fallout shelter buried in the mountain under the Greenbrier.  While he was training he also headed up the top toque as Executive Chef and Director for Food and Beverage at the Greenbrier Resort.  This article shows a glimpse of his life at home, work and intense training schedule.