Here's the Platter that put the U.S. Team in the Running at Bocuse D'or Feature on Food Republic 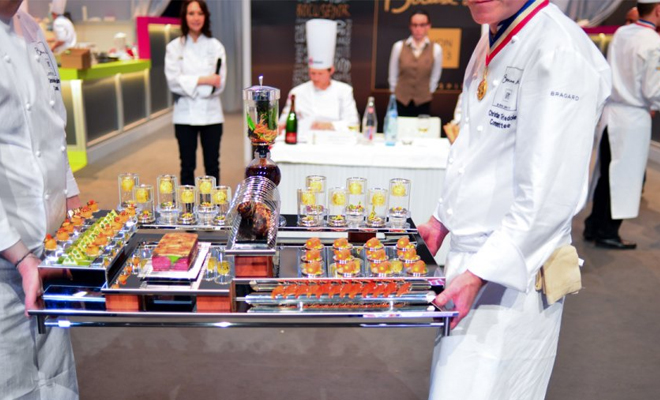 Inspired by Frank Lloyd Wright, Rich Rosendale designed his platter for the Bocuse d'Or in the same style of the masterful Artchietect that he admired. Growing up in Southwestern Pennsylvania, he had always admired Fallingwater, one of Wright's famous designs.  Not only did the platter look sharp, but it was a one of a kind design that was actually heated. It had heating elements build in to the platter that allowed for it to maintain a very specific temperature while it was on display. The food also drew on memories from his childhood. Despite not finishing in the top three, the team did an amazing job and was considered a contender.