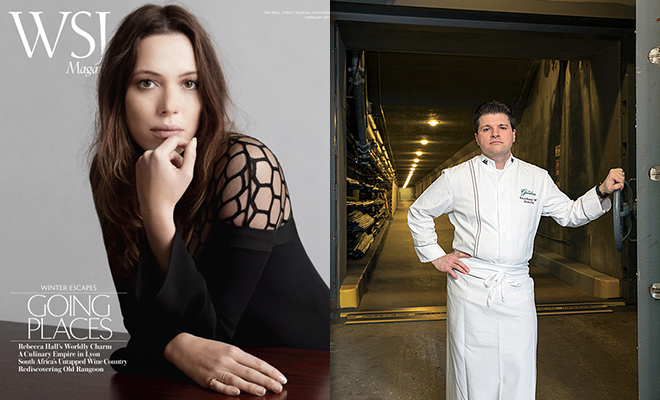 Richard Rosendale, this year's American contender in the Bocuse d'Or, at the entrance to his training bunker in West Virginia. Photo: Adam Friedberg.

Paul Bocuse is an icon of French cooking and eager to see and American win the Bocuse d'Or. He had built and empire around his cooking and his namesake competition.

For Rosendale, who grew up in blue-collar Uniontown, Pennsylvania, official birthplace of the Big Mac, the journey to the Bocuse d'Or has been a long one. An aggressive kid, he was always getting into trouble.

After completing two 3-year apprenticeships, Rosendale found another outlet for his fighting spirit: cooking competitions. He liked the intensity and found that they pushed him to learn new skills under pressure, not to mention promoting his abilities to other chefs around the world. He went on to compete in more than 40, winning and placing in several. But the big contest that's always eluded him has been the Bocuse d'Or.